ScotRail warns customers to expect significant disruption during the latest round of strike action by RMT members of Network Rail. 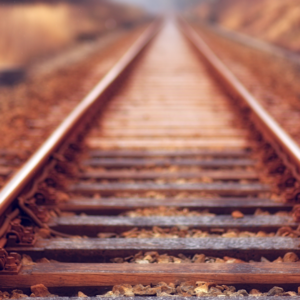 The dispute does not involve ScotRail staff, however, it will have a major impact on the train operator’s ability to provide services as the RMT planned action involves Network Rail staff in Scotland.

Network Rail RMT members are currently voting on a pay offer, which is due to close on Monday, 12 December. Even if strike action is called off after that vote, it would take the rail industry at least 48 hours to restore a normal service.

The RMT union announced its members at Network Rail will take strike action on Tuesday 13, Wednesday 14, Friday 16, Saturday 17 December, across the Great Britain railway network resulting from a pay dispute with the track and infrastructure operator.

For ScotRail customers, this means a limited number of services will operate on a reduced number of routes.

Many of the Network Rail staff that are due to take part in the planned industrial action occupy safety-critical roles and, as such, it will not be possible for ScotRail to run the vast majority of services.

On the days of strike action, ScotRail has confirmed it will operate a similar service level as the previous strike action on previous Network Rail strike dates.

This limited strike timetable will also operate on the non-strike day, Thursday, 15 December. This is because Network Rail is unable to make all infrastructure available on that day. Signal boxes are key pieces of Network Rail infrastructure located across the rail network that control train movements. Their use is critical to ensure that the railway can operate safely.

This means the train operator will run services on 12 routes across the central belt, Fife, and the Borders between the hours of 07.30 and 18.30.

The routes and frequency of service which will be in operation are:

The train operator is warning customers that the final services will depart well before 18.30, so customers should plan ahead and ensure they know when their last train will depart.

Due to the greater reliance on manual signalling outside the Central Belt, Network Rail is unable to facilitate passenger services on any other routes on the strike days.

The train operator has updated its retail systems to reflect the impact of strike action. Customers are also advised to visit www.scotrail.co.uk/strike for more information.

The important messages for customers are:

Customers who have already purchased a rail ticket can seek a fee-free refund or claim compensation through Delay Repay, up to 28 days after they were due to travel.

Alternatively, customers can use their ticket to travel the day before, or up to and including Tuesday, 20 December.

Customers are advised to check the ScotRail app or visit scotrail.co.uk for the latest information before travelling.

The RMT has also announced plans for strike action between 24-27 December, and 3-4 and 6-7 January.